Beauty of Namibia Wilderness of Botswana

The Herero nation moved south into Namibia, it is thought, during the 16th century. According to their oral history they came from an area of much water and grass and many reeds, probably west of Lake Tanganyika, and entered Namibia between the Kunene and Okavango Rivers.

During the last ten to fifteen years of the 19th century, the Herero settled down in the areas around Okahandja, Waterberg/Okakarara and eastward, toward Omaruru and Otjimbingwe. Conflict between the Herero and the Nama caused major problems for both groups and both sides suffered casualties and cattle thieving. In 1904, the entire Herero population was almost decimated in one of Namibia’s worst colonial wars. But with great resiliency, the Herero persevered and today rank among Namibia’s best cattle farmers and businessmen.

Herero are a very proud people and the observance of their cultural traditions is very important to them.

They traditionally practiced ancestral worship but the work of missionaries over the years has considerably reduced these activities in most areas. Still, the ancestral fire through which they communicate with their ancestors is still kept burning in a number of remote villages.

The Himba, their skins rubbed with red ochre, have the appearance of having been forgotten by the rest of the world, but this is only as a result of their extreme isolation and conservative way of life. They derive originally from the Herero nation, collecting in the mountainous regions of Kaokoland. Long spells of drought forced them to live off the land, collecting wild fruit and digging out roots. They then fell victim to the marauding Nama who had settled at Sesfontein. The Nama raided the majority of the little livestock that remained and most of the Himba fled across the border into Angola. The Himba in later years, hearing that the war between German forces and the Herero nation had ended, moved back into Kaokoland where they remain today.

Many of the younger generation have accepted some of the changes and are being educated in the Namibian national system, and will in time, abandon many of their older customs and traditions.

However, most of the older generation still cling to their traditions and when their children return from school or visits to town, strongly encourage them to dress or undress, according to traditional style, and to live like a true Himba. Visiting the Himba is possible through a number of tours, but this should be undertaken with sensitivity and respect for their traditions and lifestyle.

Living mostly in the north are, eight tribes collectively known as the Owambo. The Owambo people represent almost half of Namibia’s total population and are active in all sectors of the economy, from farming and fishing to trading. They plant mahango, a type of millet, which is their staple diet and which they very much prefer above maize. Mahangu is used for brewing beer, which is commonly enjoyed. Other crops include maize and sorghum, beans, melons and onions.

When the floodwaters from Angola fill the low-lying areas fishing becomes and important economic activity and when the waters subside, the cattle graze on the fresh grass. This then leads to the supply of manure for the gardens cultivated on the higher ground between the wetlands. Exposure to the business environments created by the Europeans triggered an astonishing development of entrepreneurial activity amongst them and trading in goods is feverishly practiced. There are very few families today, which are not involved in some form of retailing activity. Many very large wholesale and retail enterprises have developed over the years and a number of the businessmen have extended into other areas of Namibia, while some have ventured into Angola.

The social and cultural evolution which has taken place over the past 30 years or so has changed much of the traditional way of life. Many of the typical homesteads have made way for more modern suburbs and villages, the old huts being replaced with brick and corrugated iron structures and the agricultural and cattle herding activities moving away to the rural areas. However, many traditional villages exist and demonstrate the orderliness of their social structure.

Family groups live in homesteads that are enclosed with wooden pole fences and are designed to facilitate observance of strict social customs and efficient domestic practices.

One of the oldest cultural groups in Namibia, the majority of the Damara people live in the northwestern regions of the country, where they live and work in towns, on commercial farms, in mines, as well as at the coast.

They have no cultural relationship with any of the other tribes anywhere else in Africa. It is believed that the Damara left their original abode in northwestern Africa long before other tribes started their migrations to western and southern Africa. They no longer possess their traditions of origin, nor former linguistic and cultural affiliations. In earlier times in Namibia, the Damara people are believed to have been hunter gatherers, thereafter dominated by and working for the Nama and the Herero.

Early missionaries taught the Damara people to grow crops and vegetables and their successful efforts can be seen wherever water availability permits. The Damaraland region is well known for its minerals and semi-precious stones and many Damara have turned to small-scale mining, selling their stones along the roads leading into and out of their settlements.

This large nation of riverine people has often been described as one of the friendliest in Africa. The Kavango people comprise five distinct tribal groups, of whom nearly all live along the Kavango River from Katwitwe in the west to Bagani in the east.

The Kavango people practice agriculture on the narrow strip of fertile soil along the Kavango River, from which they harvest large numbers of fish. The men do the hard work of clearing and preparing the lands each year. The women do the planting and weeding and the men take over again to harvest and do the threshing. The Kavango men are also eager wood carvers and their works are sold all over Namibia. They carve dolfwood, which grows in the Kalahari sandveld and produce a variety of ceremonial drums, musical instruments and household items. Ornaments, pot-plant stands, wall decorations, masks, kitchen utensils, tables and chairs and dugout canoes are standard items. The women weave baskets and make clay pots and ornaments, which they eagerly sell to visitors.

The smallest cultural group in Namibia is the Tswana, with ancestral links to the Tswana people in Botswana. The Namibian Tswana consist of three subgroups, the largest of which is the Tlharo, the second is the Tlhaping and the third the Kgalagadi who have to some extent mixed with the Kalahari Bushmen.

The first European descendant to take up permanent residence in Namibia is believed to have been Guilliam Visagie, who, with his wife, had settled at a place called Modderfontein, today known as Keetmanshoop.

A number of explorers, ivory and big game hunters, traveled up from the Cape in South Africa and the first missionaries, Abraham and Christian Albrecht, arrived at Warmbad in 1806. As more and more information about the country reached the outside world, the numbers of adventurers, prospectors, traders and explorers increased. When conflict broke out between the Herero and the Nama, soldiers and administrative personnel were brought into the country. Boers from South Africa, some getting away from the Anglo-Boer war in 1899-1902, came into the country. At the end of the Herero wars many of the German soldiers decided to stay in South West Africa. Diamonds were discovered and more Europeans arrived. After the first World War, new settlers bought farms and various other properties and the number of European residents grew steadily.

The granting to South Africa of a mandate over South West Africa brought in administrative personnel, policemen, railway-men and entrepreneurs who set up businesses. Mining, fishing, farming and light to medium industrial activities mushroomed, bringing in engineers, scientists, teachers, architects, agronomists, surveyors, doctors, nurses and many others, the majority of whom were of European descent. 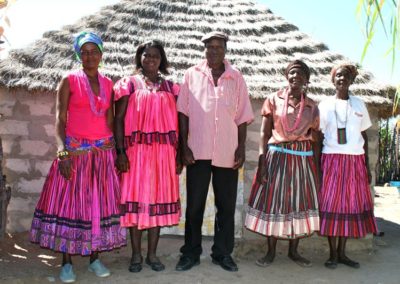 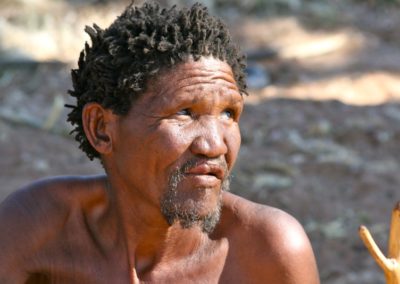 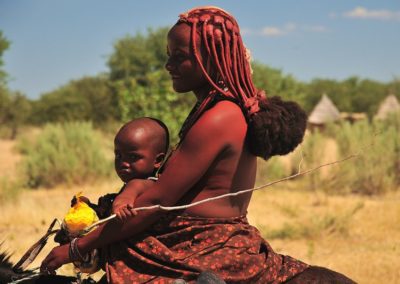 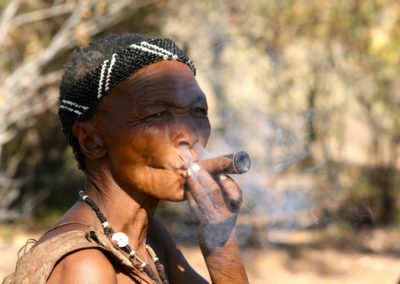